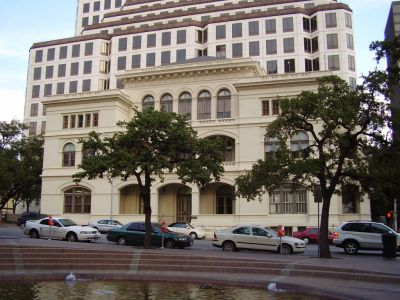 Completed in 1881 under the supervision of architect Abner Cook, the District Court met here from then until 1936. One of its most noted trials occurred in February 1898, when William Sidney Porter - the man who later became known under the pen name of O. Henry - was tried and convicted of embezzlement here. After its acquisition by the University of Texas, the building was renamed for the author, who had previously resided nearby in what is now officially called the William Sidney Porter House, but is better known as the O. Henry House.