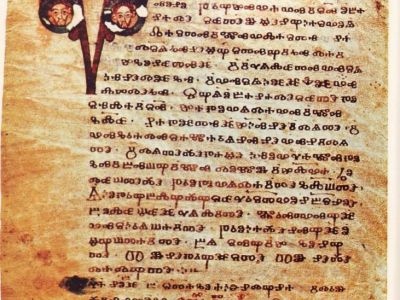 This sight is featured in a self-guided walking tour of Ohrid, Macedonia within the mobile app "GPSmyCity: Walks in 1K+ Cities" which can be downloaded from iTunes App Store or Google Play. Please download the app to your mobile phone or tablet for travel directions for visiting this sight. The app turns your mobile device to a personal tour guide and it works offline, so no data plan is needed when traveling abroad.

Ohrid is a town that is proud to share its heritage with visitors. Due to the small size of the town, there are only a few museums in Ohrid. Take the following tour through the historic and art exhibitions that offer a fascinating glimpse into the local culture.

There is a legend supported by observations by Ottoman traveller Evlia Celebia, from the 15th century, that there were 365 chapels within the town of Ohrid's boundaries, one for every day of the year. Today this number is significantly smaller. However during Medieval times, Ohrid was called Slavic Jerusalem

The town of Ohrid is a quiet and cozy place, rich in interesting sites and a hospitable atmosphere. By taking the following tour, you will get to observe the town’s beautiful architecture and monuments and get a feel for the life of the locals.