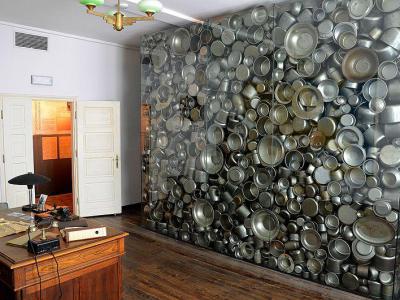 The story of Oscar Shindler’s factory is something many of us know, thanks to Stephen Spielberg’s film, 'The Schindler’s List'. A German industrialist, who initially was just interested in benefiting from the German invasion of Poland, Shindler later became pivotal in saving hundreds of Jewish lives from the torture and death that awaited them in the death camps.

Shindler came to Poland in 1939 and bought a needle enamelware factory from the bankruptcy court. With the help of a German-speaking Jew, his accountant Itzhak Stern, he obtained 1000 Jewish workers for his factory. Workers from the Jewish camps were far cheaper and the factory did quite well. Schindler soon climbed up the societal ladder and became an important member of the Nazis in Poland. Although initially motivated by monetary gains, Schindler soon witnessed the plight of the Jews who were being gathered and deported to Płaszów. Horrified by the mass murder, Schindler started protecting his own workers, going to an extent of bribing, negotiating and even vouching for those who were physically unfit to work.

The museum is filled with photographs, documents, and tools that were used in the factory. The factory still instills a vibe of how it must have been back then, during the invasion and the struggle that came along with it. A sobering experience and a must visit if you love history.

Why You Should Visit:
This museum experience is unique, and the information is presented with an unforgettable perspective.

Tip:
You need to pre-book your ticket online (www.bilety.mhk.pl) for this extremely busy historical site, as the organization is rather poor with regard to the ticket office.
Consider getting a guide on-site for a 'whirlwind' tour; otherwise, plan to spend a few hours to fully engage with all the content as there's so much to read and look at!