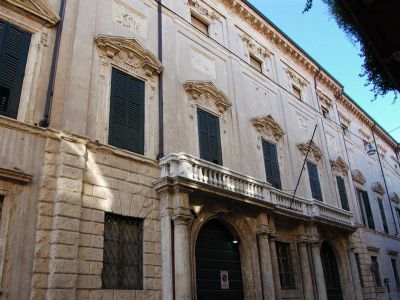 Palazzo Forti is an impressive building that is located on a former Roman site. It is bordered by the Via Forti, the Via Massalongo, the Corso Sant’Anastasia, and the Vicolo Due Mori streets. The structure, built in the thirteenth century, was the residence of Ezzelino da Romano, the former ruler of the Veneto region. The building was converted into a residence building after Ezzelino’s death by his family. In the eighteenth century, architect Ignazio Pellegrinie remolded the building and gave it the look it has today.

In 1937, Achille Forti, the last descendant, donated the palace to the city of Verona. The palace was turned into a museum in accordance with Forti’s wishes. The museum operated for a year before being closed. When it reopened after the war, it was an art school and then administration offices for the town council. Except for a few shows in the 1960s, it was not until 1982 that the building became a fulltime museum again.

Tour of Romeo and Juliet