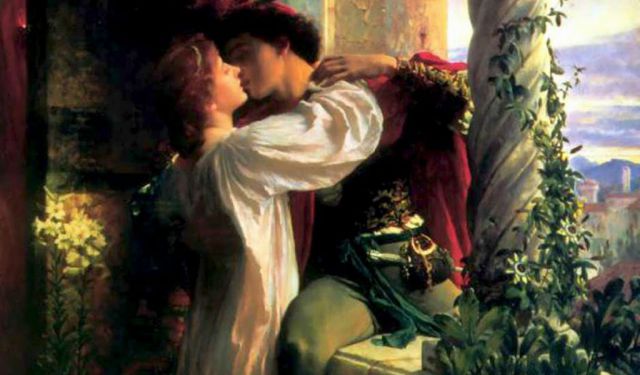 Casa de Giulietta, House of Juliet, is a must-see. The building itself dates to the 13th century, and the Capulet's coat of arms is visible on the facade. Visitors will love seeing the famous balcony attached to Juliet's bedroom and touring the museum.

The Casa di Romeo, House of Romeo, is a stately medieval home near the House of Juliet.

The elaborate Scaligeri Tombs are known as the scene of Juliet's faked death and a wonderful example of Gothic architecture. Piazza dei Signori (Lords Square) is not only filled with historical buildings but has a strong Romeo and Juliet connection. The ancient Town Hall served as the location where Bartolomeo della Scala sentenced Romeo to exile and banished him from the city.

Many brutal fights between the Montague and Capulet families took place in the Volto Barbaro (Barbarian Face Passage). A plaque commemorates the fatal duel between Tybalt and Mercutio.

Visit the San Francesco al Corso Monastery to view Juliet's tomb and pay respects to the doomed lover. To pay your respects to the immortal author, visit the bronze bust and plaque dedicated to William Shakespeare.

Take this self-guided tour to follow the footsteps of Verona's most famous couple, Romeo and Juliet.
Image Courtesy of Wikimedia and Sir Frank Dicksee.
How it works: Download the app "GPSmyCity: Walks in 1K+ Cities" from iTunes App Store or Google Play to your mobile phone or tablet. The app turns your mobile device into a personal tour guide and its built-in GPS navigation functions guide you from one tour stop to next. The app works offline, so no data plan is needed when traveling abroad.

The House of Juliet, is a 13th-century structure situated on the remains of a Roman insula building on the Via Capello. It is located near well-known Juliet’s Tomb.

Although many dispute whether or not Romeo and Juliet actually existed, the house remains a popular attraction that thousands of tourists visit each year. In fact, the house was formerly owned by the Capello family. Many guests write notes on the wall and the doors of the courtyard. From the balcony, one can even imagine ill-fated lovers talking to each other.

The dwelling contains a museum that displays frescoes, paintings, and artwork from the 16th and 17th century. One treat not to be missed is the bronze statue of Juliet. It is said that good luck will come to those who rub the right breast of the sculpture.

Entrance into the courtyard is free, but entry into the house is not. While the house tour is pretty basic, you can upgrade your ticket to include the tomb as the grounds are lovely and have some nice frescoes. If you want to avoid crowds, the best time to visit is in the early morning or late afternoon. Also, the whole area around Juliet's balcony – with its small medieval streets, restaurants, cafes – is enchanting.

One cannot visit Verona without viewing the House of Romeo. The 13th-century brick abode is located in close proximity to the House of Juliette and features an enclosed courtyard and high walls, typical of houses from that era.

The house resembles a medieval castle and is one of the oldest in Verona. It is not too difficult to imagine a young Romeo contemplating his future with his beloved from a window or taking a walk in the courtyard. The house is one of several popular attractions in the city that pays homage to the ill-fated, young couple.

Unlike the House of Juliette, this home is not open to the public and can only be visited from outside. Still, many fans visit the Veronese restaurant on the ground floor to sample local cuisine, such as horse and donkey, prosecco, antipasto, or just to soak up the romantic atmosphere.

Even Dante referred to the couple in a poem. For many, this immortalization provides proof that Romeo and Juliette were real people. Whether a fact or fiction, the story of a tragic love has made the place a popular stopping point for visitors from around the world.
Image Courtesy of Flickr and Dimitris Kamaras.
3

The Scaligeri Tombs are known as the location of Juliet's staged death.

The Scaligeri Tombs are a group of five Gothic monuments. They were built to celebrate the della Scala family, 13th and 14th-century rulers of Verona.

Mastino I della Scala ended various conflicts in Verona in 1259. The city council was so pleased with his success that they gave the Scala family hereditary and permanent ruling powers. Just like a Shakespearean tragedy, the family began to struggle amongst themselves for power.

The tombs are in a gated court outside the Santa Maria Antica church. The elaborate tombs are reminiscent of tabernacles. Each tomb rises high and has a carved sarcophagus with a baldachin or carved covering. Each tomb is topped with a statue of the deceased, shown riding a horse and wearing armor.

These tombs are some of the most celebrated monuments of gothic architecture in Verona.
Image Courtesy of Wikimedia and Didier Descouens.
4

The Lords Square is packed with gorgeous architecture and is a fabulous place to soak up the history and culture of Verona.

This historic square has a strong connection with William Shakespear's Romeo and Juliet, set in Verona. The Town Hall provided the setting where Bartolomeo della Scala banished Romeo and sentenced him to exile in Mantua.

In the center of Lords Square, visitors will find an impressive 19th-century statue of the poet Dante. Dante was exiled from Florence and found protection with Verona's Scaligeri family.

There are a number of historical buildings on the square are well worth checking out. The Portico of the Counsel is a classic representation of stunning Venetian Renaissance style. The Ragione Palace dates to the 12th century. This Romanesque-style palace features an enchanting courtyard and a Gothic staircase. The Capitano Palace features large windows in the ground so that visitors can view the excavated Roman and medieval ruins in the basement.

In the 13th century, the Palazzo Domus Nova served as the Chief Magistrate's offices and the Courthouse. Unfortunately, the building was severely damaged in a 1511 earthquake and underwent several restorations.

Cansignorio della Scala began constructing the Cansignorio Palace in 1363. Initially a fortified palace, it later became the home of the Captain of the City. The glass-protected loggia dates to 1476. The original tower was restored in 1880. Most of the current building dates to the 16th century and features a classical facade.

The Podestà Palace is another palace built for the Scaligeri family in the 13th century. Michele Sanmicheli designed the marble portal in 1533.
Image Courtesy of Wikimedia and Son of Groucho.
5

The two rival families of the Montagues and the Capulets are forever immortalized in William Shakespeare's Romeo and Juliet. These families entered into constant bloody clashes.

The Volto Barbaro (Barbarian Face Passage) is located behind the Mazzanti Houses in the Market Square. This dark and narrow passage was the scene of many clashes between the Montagues and the Capulets.

The Volto Barbaro was the scene of the crime when Juliet's cousin, Tybalt, killed Romeo's best friend, Mercutio. There is a plaque on Palazzo Carlotti's facade memorializing this haunting event. The plaque features a bronze relief showing the duel between Tybalt and Mercutio.

The inscription on the plaque refers to text by author Matteo Bandello. This Lombard author told the tragic story of two doomed Veronese lovers thirty years before Shakespeare retold the story. The title of this novella was "The piteous death of two ill-fortuned lovers who died, the one of poison and the other of grief, with various circumstances thereunto appertaining."
Image Courtesy of Wikimedia and José Luiz Bernardes Ribeiro / CC BY-SA 4.0.
6

Located inside the picturesque and beautiful San Francesco al Corso Monastery is the final resting place of the doomed lover of Shakespeare’s Romeo. It is rumored that good luck will come to those who rub the right breast of the bronze statue of Juliet.

The romantic villa, which can accommodate up to 40 people, features a garden and a trellised walkway that is perfect for weddings or other events. An additional treat is the nearby Guarienti Hall, the home of Juliet and the church where the lovers were married.

The location is popular with lovers, tourists, and fans of Shakespeare. Every February, a contest is held to pick the most sincere letters of lovers who write to Juliet. In addition, many lovers engrave their names on the balcony.

One of the best treats is viewing a condensed scene from the famous play presented on the terrace. The monastery also houses the Fresco Museum that opened in 1975. The exhibition hall contains frescoes from the 16th and 18th century as well as Roman sculptures and vases.

Tip:
If you also want to see Juliet's House, buy a combined ticket – you'll save money!

The plaque repeats lines in both English and Italian from Shakespeare's Romeo and Juliet. The quote is Romeo speaking upon hearing his exile sentence.

The quote reads, "There is no world without Verona walls, but Purgatory, torture, Hell itself. Hence banished is banished from the world, and world's exile is death."
Image Courtesy of Wikimedia and RicciSpeziari.
8

The Basilica di San Zeno Maggiore was constructed between 967 and 1398 AD. It features Romanesque architecture and is famed as the site of Romeo and Juliet's marriage.

On the left, the early 13th-century monastery is built with red brick. To the right of the Basilica, visitors will see the slender 12th-century bell tower.

A Roman tomb in the wall of the Basilica is thought to hold the remains of King Pipin.

A crypt lies beneath the main altar, where St. Zeno's corpse is located in a transparent sarcophagus.

Tip:
Make sure to use the audio guide (included in admission) – it is excellent on details.