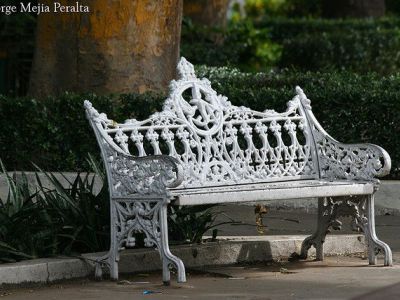 The Central Park of Managua is a great spot to visit, near some well-known and important buildings that when combined with the park makes this the most attractive part of the city. The park was created in 1899 and due to its form and style it belongs to the neoclassical style. The name was given in honor of Mayor S. Fonseca Estrada, who named the park General Park, dedicated to the general efforts of his work, but local people called the park central and this name has remained to today. It lost its initial style in the earthquake in 1931, but it was restored and now has a new image. Monuments of local and national figures are located in the park.
Image Courtesy of Flickr and jorgemejia.