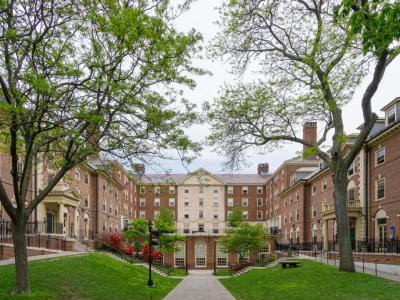 Pembroke College was founded in 1891 as a higher education institution for women who were not allowed to attend Brown University. It was merged with Brown in 1971.

Sayles Gym, now known as Smith-Buonanno Hall, was the original gymnasium for Pembroke College. This building was constructed in 1891. It included a track, a bowling alley and a resting room, which was a type of lounge common in women's colleges at the time. Smith-Buonanno Hall is now a banquet hall.