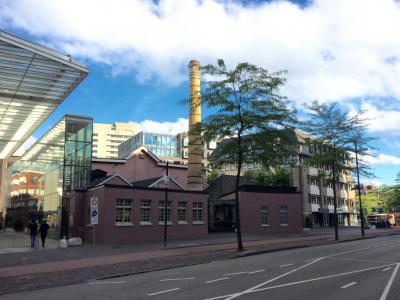 The Philips Incandescent Lamp Factory was the first Philips factory to create lamps. It was inaugurated in 1891. The initiator of the project was Gerard Philips, who rented the building and hired people to do manual work. After three years, the business was joined by Anton Philips, Gerard's brother, after which the factory started to expand and gain a reputation. In 1991 a brand new building was constructed across the road and the factory moved there. A red light representing the contact between the new and the old illuminated the road between the two buildings. In March, 2002 the structure was opened to the public as a museum. It is divided into two parts, one of which exposes paintings and sculptures somehow linked to artificial lighting and the second showing off machines and tools used for the manufacture of light bulbs, mostly invented by Philips. The museum is open from Tuesday to Sunday.
Image Courtesy of Wikimedia and Lempkesfabriek.