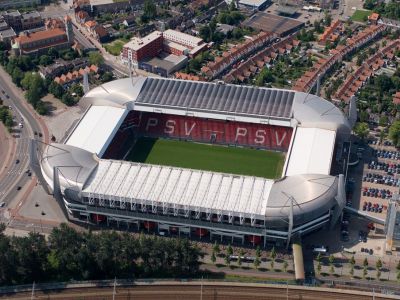 The PSV Museum provides a wonderful day out for PSV fans. You will discover over one hundred years of PSV history. The Hall of Fame features the greatest players, including Jan van Beveren and samba star Romário. The most coveted prizes from the club’s history are on display and a visit to the PSV Museum enables you to experience that red and white feeling in an interactive way. There is a great collection of PSV memorabilia, special photos and unique video footage.
Image Courtesy of Wikimedia and FLX.
Sight description based on Wikipedia.