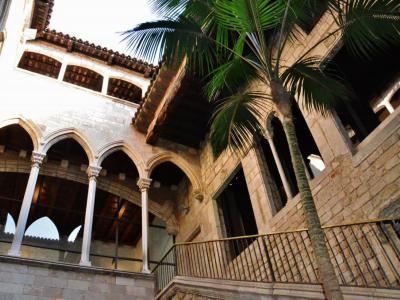 The ultimate place to observe early Picasso is the Picasso Museum in Barcelona. Opened in 1961, this museum showcases over 4,300 works of the great master at his early stage, reflecting the intimacy of his relationship with Barcelona, the city that shaped his personality and largely influenced his art.

Picasso always wanted to “imprint himself” through artwork in the tapestry of Barcelona. That wish fortunately materialized, courtesy of his colleagues and friends, particularly Jaime Sabartés, adorning the city with the works of one of the greatest artists ever lived.

Although most of the pieces presented here are Picasso's first attempts at art, the overall collection looks quite impressive. It spans the period from 1917 and includes one of Picasso's best-known series, Las Meninas. In 2008, the museum put on display a large collection of Picasso’s prints.

If you take interest in Picasso's work and want to see his progression from a very young age to adulthood, manifested in paintings, sculpture, ceramics and other forms, do visit this museum.

Tip:
And if you do visit, make sure to explore the museum shop as some of the items offered are quite interesting and not available anywhere else.