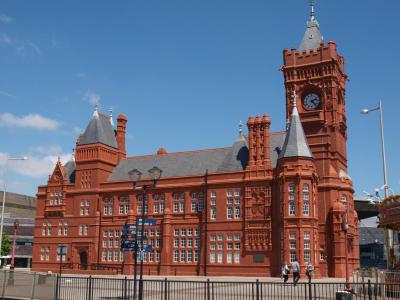 The Bute Dock Company was renamed the Cardiff Railway Company in 1897. The Pierhead became the administrative office for the Port of Cardiff in 1947. The 1897 clock mechanism, by William Potts & Sons of Leeds, was removed, being replaced with an electronic motor, and sold to an American collector in 1973. It was returned to Cardiff in 2005 and, in 2011, installed as a piece of contemporary art in Cardiff city centre.
Image Courtesy of Flickr and Nigel Swales.
Sight description based on Wikipedia.