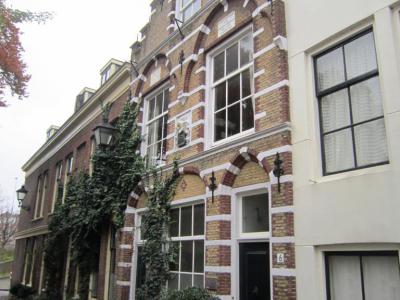 The Piet Heynstraat is a street in the Rotterdam borough of Delfshaven, named after the 17th-century navigator Piet Heyn, who was born in this street.

On November 25, 1577, the well-known Dutch navigator Piet Heyn was born in Delfshaven. The street was then called Kerkstraat , after the adjacent Oude Kerk . Piet Heyn was a naval hero who became famous for conquering a Spanish silver fleet in 1628 . The house where Piet Heyn was born was demolished in the 19th century . In 1871 a new building in old Dutch style was built, which is today known as Piet-Heynshuis. It is located at Piet Heynstraat, 6.

Piet Heynstraat has had its current name since 1870 .
Image Courtesy of Wikimedia and Dickelbers.
Sight description based on Wikipedia.