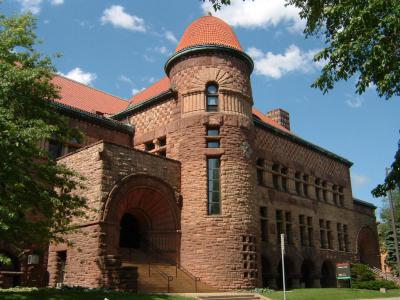 Originally known as Science Hall, it was renamed in honor of Governor John S. Pillsbury during construction. Harvey Ellis was responsible for the Richardsonian Romanesque details of the design. Though Ellis was inspired by the aesthetic of Henry Hobson Richardson, the building also contains elements of the Prairie School, Arts and Crafts, Gothic, and Victorian styles.

Reflecting its earthen architectural elements, the building housed the Newton Horace Winchell School of Earth Sciences until 2017.
Image Courtesy of Wikimedia and Mulad /Public Domain.
Sight description based on Wikipedia.