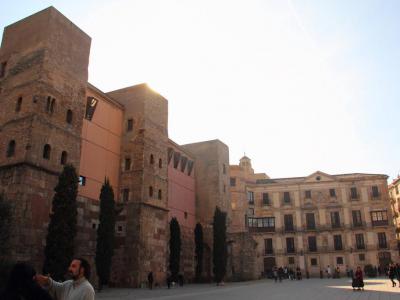 Placa Nova in Barcelona is a treasure trove for art lovers to feast their eyes on. The place reflects the history of Barcelona in its entirety depicted in the historical passageway on the wall. Among other notable things here are the sand cast friezes, designed by Pablo Picasso, adorning the famous Architects’ Association of Catalonia building. There are also beautiful pieces of Gothic art and architecture around as well.

The exact year of origin of Placa Nova, one of the four main entrances to the Roman City of Barcelona, is not known, although historians lean towards 1358 as the year from which its documented record can be traced.

Tip:
Around August 16, the day of Sant Roc, the square hosts a festival reflecting many unique traditions and festive elements of Barcelona, making it one of the most unique celebrations of the city.
Image by Claudio Ramirez on Flickr under Creative Commons License.