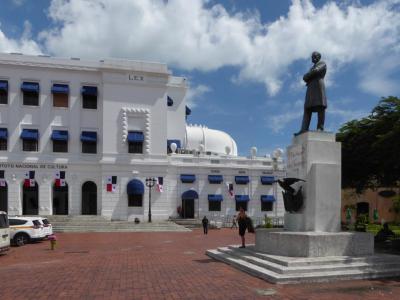 If you are thinking of visiting a historical place then do evaluate the option of visiting Plaza de Francia which is situated at the southern point of the city and showcases statues and large stone tablets narrating the story of French role in the construction of the Panama Canal. The plaza is dedicated to the memory of the approximately 22,000 workers hailed from France, Martinique and Guadeloupe, who passed away whilst attempting to build the canal. The majority of them died of diseases such as yellow fever and malaria. You will also see the monument which was built in remembrance of the Cuban doctor Mr. Carlos J. Finlay, who found out how the mosquitoes transmitted yellow fever. His excellent work and dedication gave the people of Panama a breather and led to the eradication of the disease in the city.

If you ever visit the Plaza, on the one side you will see the restored dungeons nine of which were used by the Spaniards and subsequently by the Colombians. Even though nowadays some of them house restaurants and upscale art galleries, the original stonework of the dungeons is still in place. A visit to Plaza de Francia will definitely enrich your experience from Panama City.
Image by Kiam-shim on Wikimedia under Creative Commons License.