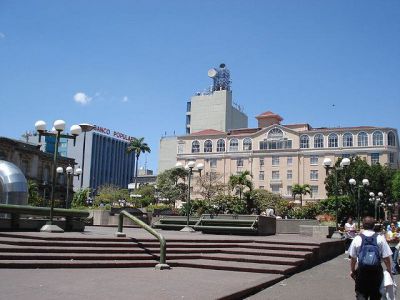 Visitors can walk around the square or take a break beneath a shade tree or on one of the benches. There are plenty of shopping and dining options nearby as well.

Construction on the square began in 1977 using a design from architects Jorge Bertheau, Jorge Borbón and Edgar Vargas. The purpose of the square was to use the existing Central Park, which had fallen into disrepair, and turn it into a distinctive meeting space. It was completed in 1982.