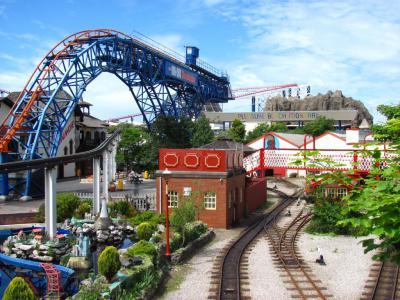 In 2003 the park opened the Big Blue Hotel, a four star hotel, making the park part of an official resort. The park operates an additional children's park in the resort called Nickelodeon Land which is a subsidy of Nickelodeon; it occupies the space of the original children's park which was called Beaver Creek. The main attractions at Pleasure Beach, Blackpool include: Big One: The UK's tallest roller coaster with a peak height of 213 ft, built by Arrow Dynamics, Infusion: A Vekoma Suspended Looping Coaster and the world's first constructed entirely over water, Revolution: Europe's first fully inverting roller coaster, built by Arrow Dynamics, Grand National: A twin tracked " Möbius Loop" racing wooden roller coaster, opened in 1935.
Image Courtesy of Wikimedia and Paul Allison.
Sight description based on Wikipedia.