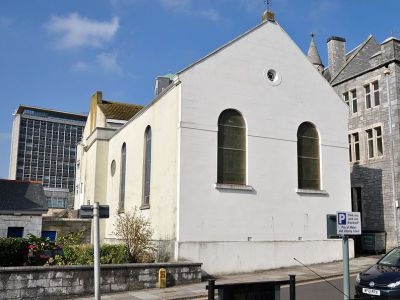 As was usual in British synagogues, there is a prayer board with the Hebrew prayer for the welfare of the Royal family. The prayer board at Plymouth dates from 1762. It was usual for the name of each new king to be painted over the names of previous monarchs. At present the names being prayed for are listed as King George V and Queen Mary.
Image Courtesy of Wikimedia and Nilfanion.
Sight description based on Wikipedia.