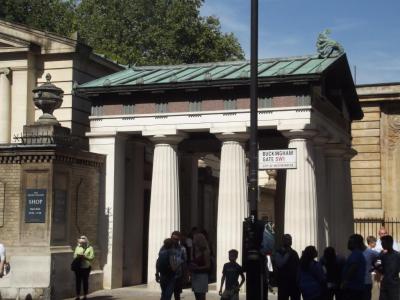 Everyone visiting London these days feels obliged to go to Buckingham Palace, as the matter of must, to see the famous Changing of the Guard ceremony. Few realize, though, that the palace is also renowned for its Queen’s Gallery which is very much a “must see” attraction in its own right. Interestingly enough, at some point, Buckingham House that once stood on the spot occupied by palace today, was considered a potential site for the British Museum, but was eventually discarded as too expensive.

During the Blitz, in 1941, the palace’s chapel was destroyed by a bomb, and when the reconstruction began, it was decided not to rebuild the chapel but to create a Royal Museum so that people could see items from the Royal Collection.

The Gallery was opened to the public in 1962. In total, it has over 450 items displayed at any given time, on a rotational basis: clothing, decorative art, furniture, paintings, photographs, porcelain, and sculptures. NOTE: if you wish to see the Crown Jewels, you have to go to the Tower of London! Also, if you visit with kids, you may want to take advantage of the Family Activity Bag which is designed to help the young ones understand the exhibits in a fun way.

Taking photos or filming inside the gallery is strictly forbidden and visitors are asked to turn off their mobile phones.

Tip:
You can get your ticket stamped at the end for a free return to other exhibitions within the next 12 months.