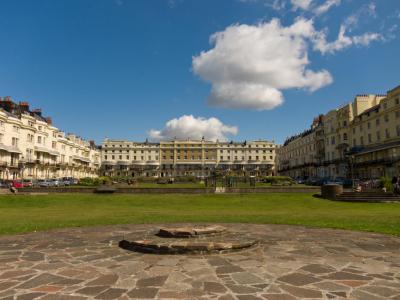 The site was originally Belle Vue Field—used at various times as a military camp (mentioned in Pride and Prejudice), a showground and the location of a windmill. The square was a prestigious, high-class development, attracting the social elite. The square gradually lost its prestige status after the First World War as hotels started to move in. The square's central garden, originally private, has been council-owned since 1884 and is publicly accessible, and an underground car park was built beneath it in 1969.
Image by Simon Carey on Wikimedia under Creative Commons License.
Sight description based on wikipedia