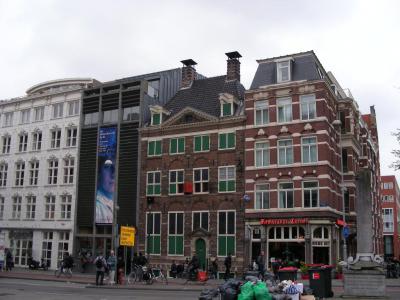 Rembrandt Harmenszoon van Rijn (or Rembrandt for short) is a 17th-century Dutch painter deservedly regarded as one of the most prominent artists of the Dutch Golden Era, a period when the Dutch Empire was at the peak of its power and fame. Above the many talents Rembrandt possessed, he was an exceptional painter whose main specialization were portraits, self-portraits, battle- and biblical scenes. Throughout his life, Rembrandt had created over 300 pieces of art including paintings, sketches, etchings, and drawings.

The house-museum of Rembrandt is a well-preserved building on Jodenbreestraat in Amsterdam, a home in which the artist had lived and worked for almost two decades, creating some of his most notable masterpieces. It is within these walls that Rembrandt was commissioned to make his magnum opus “The Night Watch”. The mansion was built in 1607 and, prior to Rembrandt, had housed a number of artists and merchants; Rembrandt himself acquired the property in 1639.

Complete with a vast collection of Rembrandt's etches, paintings and drawings, the preserved furniture and ambiance of the building allow visitors a glimpse into the artist’s daily lifestyle. Moreover, the frequent demonstrations (paint mixing and print-making) make the visit extra special and educational.

***JEWISH QUARTER WALKING TOUR***
Although Rembrandt himself was not a Jew, the paintings often reflect his life among the Jews in the city – scenes from the Old Testament and many faces and figures of Amsterdam's Jewish community.

Why You Should Visit:
A home, a studio, a museum, and a great insight into the master and extremes of his life.

Tip:
Reserve some time to step into the little shop inside the museum. You can find some really nice, good quality souvenirs at reasonable prices, and most likely, you will want to buy something for yourself!