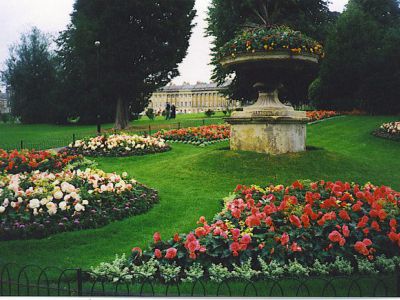 There are landmarks across Great Britain named after its longest serving monarch, Queen Victoria – but Royal Victoria Park was the first to bear her name. Opened in 1830 when the then Princess Victoria was just 11 years old, the 57 acre public park is typical of the municipal gardens that appeared in wealthy cities in the 19th century. Aiming to offer entertainment, social spaces and the tranquility of nature within one space, the park is a popular destination for tourists and local residents to this day.

Royal Victoria Park is situated to the northwest of the city, a ten minute walk from the center. The Royal Crescent is five minutes away, and overlooks the park from the edge of Lansdown Hill. The park boasts an extensive ornamental garden with a monument to Victoria at its center. A boating pond is a popular spot to spend an afternoon, whilst the large public playground is perhaps the park’s highlight. A large, constantly updated collection of unique and creative play equipment caters for all ages, from sand pits to skateboard ramps. The park hosts several outdoor family events in summer, including the popular Hot Air Balloon festival, when the Bath skyline is lit up by colorful hot air balloons launching from the park.
Image by Colin Smith on Wikimedia under Creative Commons License.