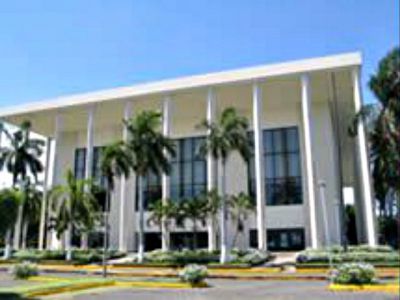 Ruben Dario National Theatre is the most well-known and important theatre in Managua and all of Nicaragua. The building survived even the earthquake in 1972 when almost the entire city was destroyed. The theatre is known as a modern one where famous artists, both local and foreign, perform shows and concerts. In addition, different exhibitions, conferences and other cultural events are hosted here. The theatre is named in honor of the most famous Nicaragua poet, Rubén Dario, known for his movement called modernismo from the end of the 19th century. Besides a poet, Dario was a diplomat and leading voice of Central America that represented its rights.
Image Courtesy of Wikimedia and Donkef.