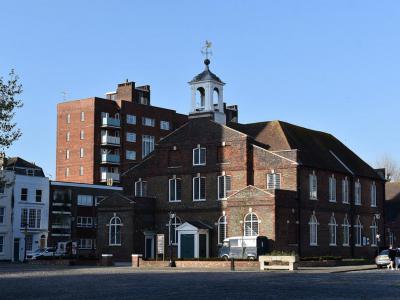 According to some sources, Saint Georges Church has played an important role in the life of the locals and the region. Its construction was not only paid by the local population in the 2nd half of the 18th century, but also built by 15 local shipwrights, 3 people, a carpenter, a grocer and a tallow chandler. For so long it has been the main representative monument of the region of Portsea. Although it has lost some of its territory, its external appearance has lost very little from its original appearance.
Image by Ron Hann on Wikimedia under Creative Commons License.