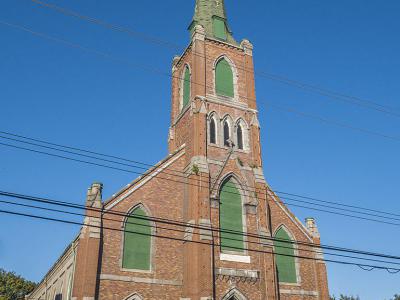 Saint Patrick's, a Roman Catholic church, was designed by architect Henry Peters in 1882 in the Victorian Gothic style. It received a number of improvements, including the installation of frescoes, a beautiful altar, new shrines and many other details which refined its look. Since the 1980s it has been considered a heritage site, as well, the church’s organ has received this status.
Image by Scott Baltjes on Flickr under Creative Commons License.