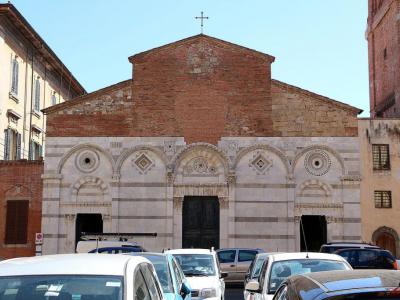 Between the 12th and the 15th centuries the church was a priory and the home of the Order of Augustinian Sisters. The interior has a single nave and two aisles. The apse fell into ruins at the end of the 15th century and was later destroyed. Although the walls are now covered with posters announcing forthcoming cultural events, you can still see the magnificent frescoes and sinopias that were executed in the 12th and 13th centuries.
Image by Paolo Fisicaro on Wikimedia under Creative Commons License.