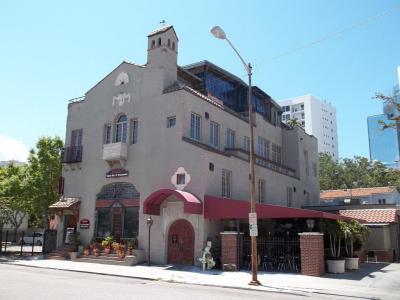 The design of the Times Building is one of Mr. Baum's most successful; the variety of architectural elements, including the use of three different door types and enframements on the ground floor elevation of the Times Building is particularly effective on a relatively small-scaled building. Following the crash of the land prices and the onset of the Depression, the Sarasota Times newspaper went into receivership. The Times Building was subsequently used as the office of the "Tree-Ripe Citrus Products, Inc. which was owned and operated by Mr. Owen Burns.
Image Courtesy of Wikimedia and Ebyabe.
Sight description based on Wikipedia.