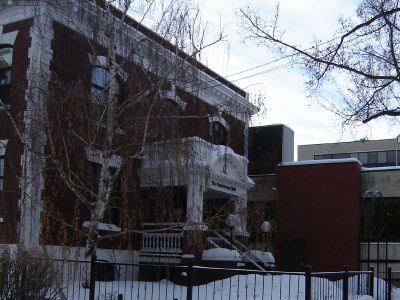 William Charles Sutherland, Fred Engen, F. S. Cahill, H. L. Jordan and James Straton were the first members of the Executive Committee for the Saskatoon Club. By 1909 the club had moved into the MacBeth Block before moving into the current club building in 1912. The current building was designed by Norman Thompson from the firm of Thomson, Daniel and Colthurst. The structure was constructed at the cost of $5000 CDN in February 1911.
Image by Julia Adamson on Wikimedia under Creative Commons License.
Sight description based on wikipedia