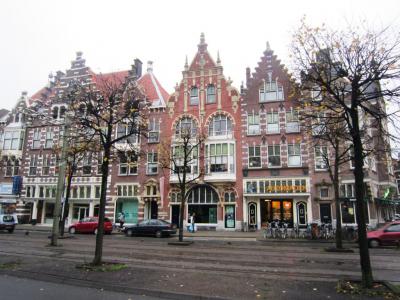 On March 31, 1943 , Rotterdam-West was hit by the bombing of Rotterdam-West . The western half of the Schiedamseweg was destroyed. This bombing killed about 400 people and left 16,000 homeless. The neighborhood was rebuilt in the 1950s . The fire boundary at Wattierstraat is still clearly visible in 2007.

In the eighties , the tunnel of the Calandlijn was built under the Schiedamseweg between the Coolhaven and the Marconiplein . The Schiedamseweg was closed for years because of this construction. The construction method used is that of the shell tunnel, where the floor of the tunnel was built on site and the roof of the tunnel was supplied in segments from elsewhere.
Image Courtesy of Wikimedia and Dickelbers.
Sight description based on Wikipedia.