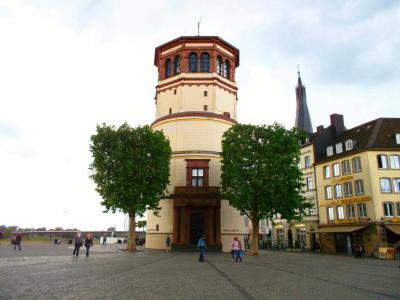 Schifffahrtsmuseum is a navigation museum located in the Castle Tower in Dusseldorf. A long time ago this building was the castle of the Earls of Berg. Over the years, the castle was rebuilt in a Baroque palace, but in 1872 it was burned. Later in 1988, all ruins were removed and only a tower was left. Nowadays, this tower houses one of the oldest museums in Dusseldorf called Schifffahrtsmuseum. This museum features many exhibitions that reveal the history of navigation in this city.
Image by canong2fan on Flickr under Creative Commons License.