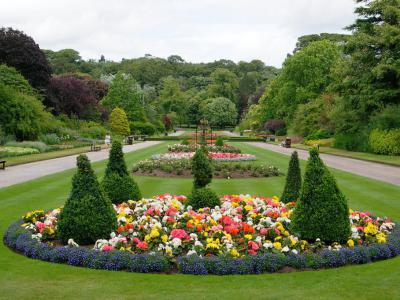 Seaton Park is one of the city's biggest parks. It was bought by the city for use as a public park in 1947 from Major Hay. The River Don passes along the edge of the park. There is a beautiful flower bed area that is maintained to a high standard with new flowers planted every year, and also a secluded set of walled gardens next to a small (private) housing mews called Seaton Stables. The park is often used as a cut-through by the University of Aberdeen students to get from campus (via The Chanonry, alongside St Machar's Cathedral) to Hillhead Halls of Residence, in spite of warnings from University authorities to be cautious due to the lack of street lighting. Aberdeen Football Club often trains on the grass pitches in the park.
Image by Mussklprozz on Wikimedia under Creative Commons License.
Sight description based on wikipedia