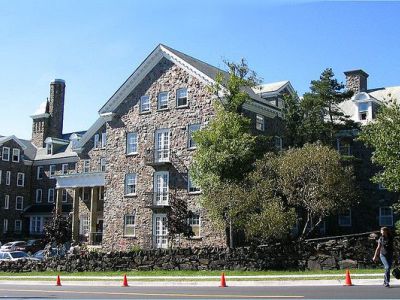 Shirreff Hall is the oldest residence hall still in use at Dalhousie University in Halifax. It consists of four 'houses'; Old Eddy, New Eddy, Newcombe and The Annex. In total, the maximum capacity of the building is 451 students. Shirreff Hall was built in response to a looming housing crisis for female students of Dalhousie University. In the early 1920s, female students accounted for over twenty percent of the university's population. There were no university residences, and landlords in the Halifax area tended to prefer male tenants. Plans for a female-only residence hall were drafted, but no finances were available due to the construction of the Science Building and the Macdonald Memorial Library.
Image by Brent Eades on Flickr under Creative Commons License.
Sight description based on wikipedia