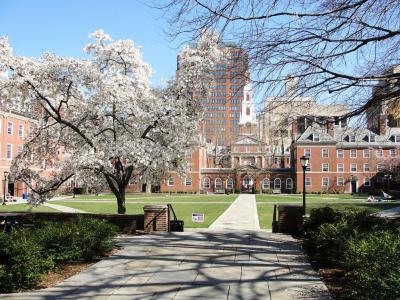 Silliman College is a residential college at Yale University. It opened in September 1940 as the last of the original ten residential colleges, and includes buildings that were constructed as early as 1901. It is the largest college in terms of area, consisting of a full city block in New Haven, bordered by College, Wall, Grove and Temple Streets.

The older, Indiana limestone part of the college, consists of the Vanderbilt-Sheffield dormitories and Byers Hall, both originally part of the Sheffield Scientific School. The Van-Sheff portion of Silliman was built between 1903 and 1906 by architect Charles C. Haight in the Collegiate Gothic style. Byers Hall was built in 1903 and was designed by Hiss and Weekes architects in the modified French Renaissance Style.

The newer, Georgian brick portion of the college, which includes most of the core facilities and the Master's house, was completed in 1940 when the college was opened. Architect Eggers & Higgins designed this part of the college.

Due to Silliman's size, the college is able to house its freshmen in the college instead of on Yale's Old Campus, allowing first year students to immediately become immersed in the vibrant student life in Silliman. The College has links to Harvard's Pforzheimer House and Dudley House, as well as Trinity College, Cambridge and Brasenose College, Oxford.
Image Courtesy of Wikimedia and Sibjeet.
Sight description based on Wikipedia.