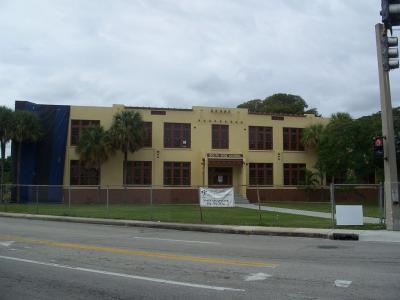 The school first opened in 1922. At that time, it was the city's first elementary school. It remained in use as an elementary school until 1969, and then as a public use building for children's services through 1990. It is one of the earliest buildings in the city that have survived.

Left vacant for a time, the city of Fort Lauderdale eventually refurbished the 11,000 square foot building to be used as a community center.

The building is located in the midst of Florence C. Hardy Park, which has ample green space and a large playground that is perfect for visiting children. It is an easy walk from the banks of the New River from the north and the Tarpon River from the south.
Image Courtesy of Wikimedia and Ebyabe.