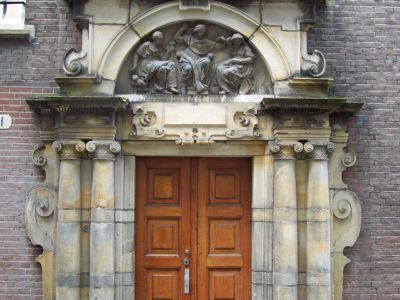 Built in 1596, with the purpose of rectifying and correcting its minor citizens, the Spinhuis did everything in its right to see to it that adolescent and young children could be corrected for the crime they committed.

As the story goes, the court once received a 16 year old well-bred boy by the name of Evert Jansz for theft. Although convicted, the judges found themselves in a huge conundrum when it came to finding an appropriate punishment for the teenager. An adult who had committed a crime would either by lashed, killed, mutilated or humiliated. Being a minor they did not know if it was appropriate to punish a minor in the same order. And this very though led to the establishment of the House of Corrections in 1596. Juvenile law offenders and notorious minors were brought to the House of Correction where they were taught to lead more civilized and honest lives.

Later even young girls who committed crimes or were prostitutes were also brought in, in order to improve. The facility soon got renamed as Spinhuis, because the girls were made to spin. The house soon turned into a live example for younger children outside of the Spinhuis. Parent brought in their children on Sunday to show them what happened to Children who don’t listen to their parents.
Image by Brbbl on Wikimedia under Creative Commons License.