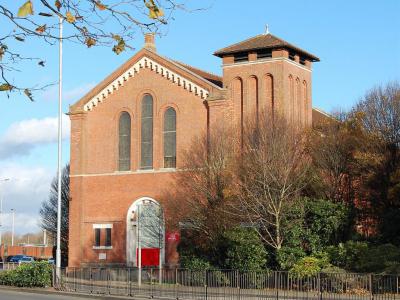 Tremenheere's successor Father C.W Coles was to serve the parish through two world wars until 1954 when the last service was held. For the next 40 years it became a naval store until the Traditional Anglican Communion took it over for a form of worship very similar to that originally provided by Dolling. The church survived this time largely intact although the lady chapel was demolished in 1964. The church is now also used for concerts but faces an uncertain future as its locale is developed as part of the “Northern Quarter” initiative.
Image by Magnus Manske on Wikimedia under Creative Commons License.
Sight description based on wikipedia