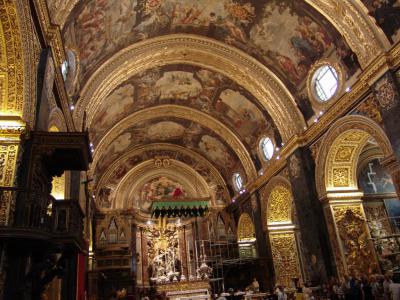 St Augustine Church is one of the churches built during the creation of the new city of Valletta. The foundation stone was laid in 1571 according to the plan and guidance of Geralomo Cassar, architect of the Knights of St John.

A number of the artefacts found inside the church are originals from the first church. One of these is an important sixteenth century painting of the Augustinian Nicholas of Tolentino depicted by the famous artist Mattia Preti.

The church is renowned for the statue of St. Rita. Her feast is celebrated in May with a procession with her statue in the streets of Valletta.
Image Courtesy of Wikimedia and John Y. Can.
Sight description based on Wikipedia.