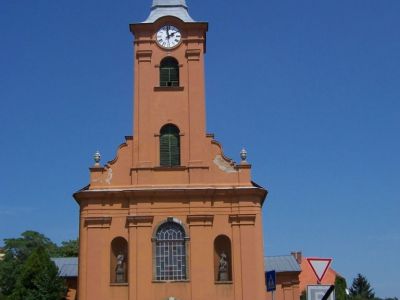 The Augustine Church is a medieval church transformed to a mosque during Turkish rule. In 1702, when the Augustine order took it, the friars reconstructed the building. The church was furnished with the arched sanctuary, the vaulted chapel, the organ loft and the tower, but the vestry room was built later in 1935. You can find the beautiful eighteenth-century chancel of Viennese master Martin Fischer; the work is named "Sorrowful Virgin." The other elements of decoration were made in the twentieth century. For example, the frescos in the centre are created by Ernő Gebauer in 1941 and the paintings are the works of Emil Gádor. In spite of the long Christian history of the church three Turkish windows remain on the south facade.
Image by Csörföly Dániel on Wikimedia under Creative Commons License.