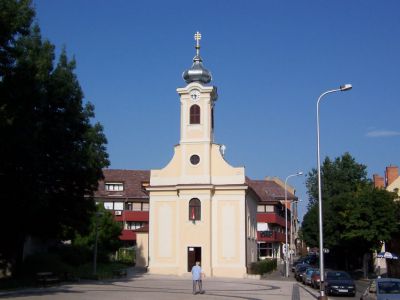 The St. Francis Xavier Church was built in 1739 by the Jesuits. The building is a single-nave Rococo-styled construction with the onion-dome tower. The only furniture element that remained from the previous building is the Rococo-style pulpit. The church was originally Roman Catholic, but now it is used by Orthodox Catholics. The church is named for St. Francis Xavier, the founder of the Jesuit order and the most significant missionary leader in the modern age. He proclaimed Christianity in the Far East, from India to Japan and was proclaimed the Saint Patron of India and the entire Far East by Pope Benedict XIV in 1748. St. Francis Xavier is the patron saint of the church missionary.
Image by Csörföly Dániel on Wikimedia under Creative Commons License.