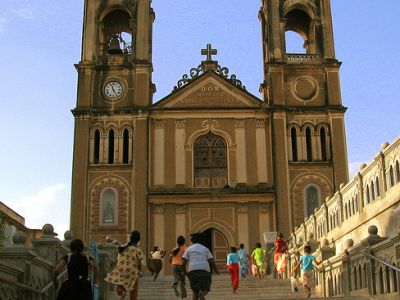 In December 2007, the cathedral was re-opened for the celebration of Holy Mass during the Christmas celebrations. Extensive construction on the grounds, including the grand entrance stairway from the street to the cathedral, and a large terrace with a multipurpose hall below, was begun in 2001 under the administration of then parish priest, Rev. Fr. T. Lourdu.
Image Courtesy of Wikimedia and Myrtleship.
Sight description based on Wikipedia.