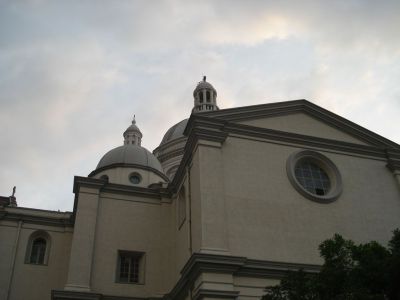 St Lucia's Cathedral, named after the saint martyr, Santa Lucia, who is believed to be the protector of those with eye troubles, is the oldest Parish church in Colombo and the seat of the city's archbishop. The former, small, wooden chapel built in 1760, during the Dutch occupation by the Oratorian fathers, was replaced in 1782 by a larger brick church and became the main cathedral of the city in 1834. Built in the Gothic style, this beautiful cathedral is decorated with columns, stained glass windows and seven statues, impressing its visitors.
Image by Bevon on Wikimedia under Creative Commons License.