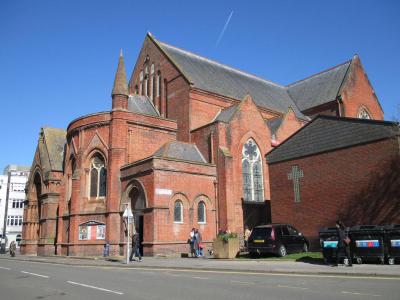 The original St Mary the Virgin Church was one of four chapels built in the 1820s. Barnard Gregory had obtained an Act in 1825 to allow him to build St Margaret's Church in Cannon Place in central Brighton. In 1873, St Mary the Virgin became a parish church for the first time when Brighton's parishes and ecclesiastical districts were reorganized. St Mary the Virgin's parish was extended in 1948 when the nearby St James's Church closed, and when it was demolished in 1975 some memorials and fixtures were moved.
Image by Antiquary on Wikimedia under Creative Commons License.
Sight description based on wikipedia