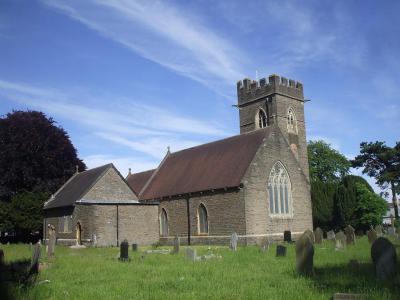 The church is first mentioned in the Taxatio Ecclesiasticus of Pope Nicholas IV in 1291 and was probably built in 1260. Since then it has undergone many repairs and alterations. Archaeologia Cambrensis in 1901 describes its 1848 state as a "a small church on an abrupt eminence, where was a Roman encampment." It was substantially rebuilt by the Reverend Victor Jones in 1960-61. In 1973 it was closed and deconsecrated and it has subsequently deteriorated into a ruin. Since 1999 a group of former and current parishioners, the Friends of St. Mary’s Church at Caerau, have been campaigning to preserve and commemorate the remains of the church. The church is open for visits and worship and other events.
Image by rog.davies on Flickr under Creative Commons License.
Sight description based on wikipedia