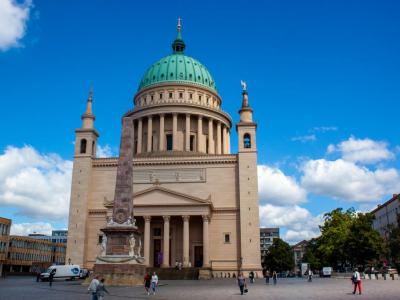 Towards the end of the Second World War the church was hit during the air raid on Potsdam and subsequently badly damaged by Soviet artillery fire. After many years of rebuilding the church was re-consecrated in 1981 by the Evangelical Parish of St. Nicholas, Potsdam, and, today, is open to visitors. In addition to the normal church services, concert events are also held in the church.
Image by Suse on Wikimedia under Creative Commons License.
Sight description based on wikipedia