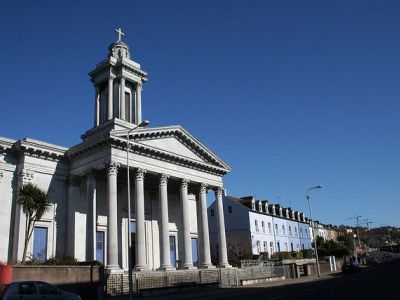 When the roof and altar were completed for the new church in May of 1839, work began on bringing down the old chapel on Monday morning. The work was done at such a pace, that the new church was ready for the Mass on the following Sunday. Contributions towards the £3865 expenditure for the construction of the church came from businessmen, special collections held for the altar, roof etc., Sunday collections and even some Protestant people of the society. In 2009, a booklet containing fully researched history of the church was published to mark the 175th anniversary. The church is well maintained and has very slight alterations from the original construction. A visit to the church is as good as a visit to the past.
Image by cøsy on Flickr under Creative Commons License.