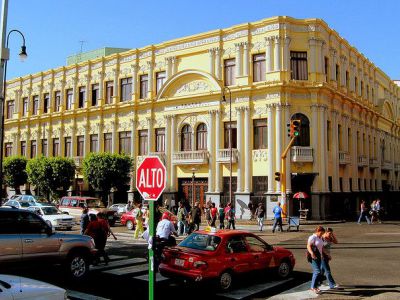 A more lavish style gallery was added to the building in 1960, but it sadly burned in a fire just seven years later. For the next ten years, the location would not do well. It would take until 1985 for the old theater to really get back on its feet again. In that year, the government passed a law declaring the theater a “cultural institution especializada.” In that year, the theater was given its current name to honor Manuel Melico Salazar.
Image Courtesy of Flickr and Ernesto Otretga.
Sight description based on Wikipedia.