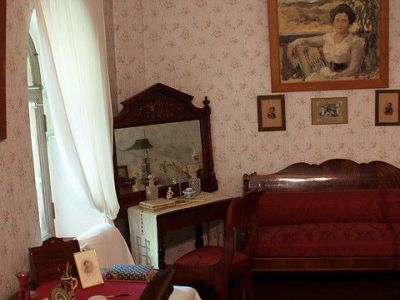 The Chekhov Museum, Yalta (must see)

Operation hours: Wednesday - Sunday: 10 am - 6 pm
Image by d_proffer on Flickr under Creative Commons License.
Sight description based on wikipedia

Want to visit this sight? Check out these Self-Guided Walking Tours in Yalta. Alternatively, you can download the mobile app "GPSmyCity: Walks in 1K+ Cities" from iTunes App Store or Google Play. The app turns your mobile device to a personal tour guide and it works offline, so no data plan is needed when traveling abroad.

There are some amazing attractions in the western part of Yalta. Visit museums, admire magnificent churches and walk along beautiful Pushkin Alley. This self-guided tour will lead you to the most notable locations in western Yalta.