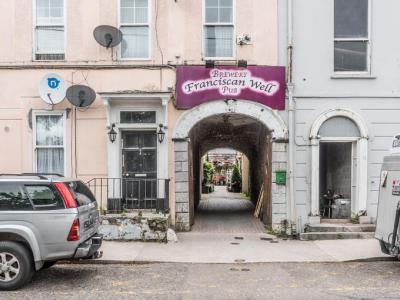 The Franciscan Well is an Irish pub and microbrewery, and a true rareness as such. A pub has stood on this site for as long as locals remember. The name derives from the fact that a Franciscan abbey stood here once upon a time. Now it is a protected historic site with an ancient well on the grounds. The brewery operates year round and produces four types of beer: Blarney Blonde, Shandon Stout, Hefewiesen, and Rebel Red. The bar has done well benefiting from its near downtown location and has a spacious, covered beer garden in the rear with often BBQ parties during the summer period. The pub itself is just as commodious and clad in plain wood and copper elements which produce quite modern, US-style microbrewery atmosphere.
Image by leanore on Flickr under Creative Commons License.