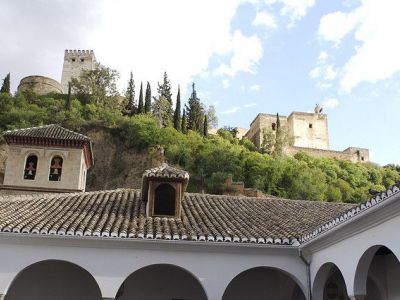 The House of the Pisas, Granada

The House of the Pisas was once the home of the Pisa family, a wealthy local dynasty who built this grand residential villa. It is now a museum, known as ‘Museo de los Pisa Granada’. Its main theme is the revival of Christianity in the city, which led to the construction of many spectacular churches, monasteries and other places of worship. There is an impressive collection of religious art work and iconography that demonstrates the elaborate Spanish style.

The museum also focuses on the life and work of Juan Duarte, known throughout the city as San Juan de Dios. An impoverished monk who arrived in Granada to help the poor and needy, he has a church and hospital named after him in the city, and is one of the great local folk heroes. The Pisa family, amongst many wealthy local groups, freely donated money to his cause. Juan Duarte even lived at the property for some years, and the house became a place of pilgrimage after he was canonized.

There is a chapel contained within the house where San Juan de Dios is believed to have died. A serene, historic attraction, the house and chapel give a great insight into the religious history of the city.