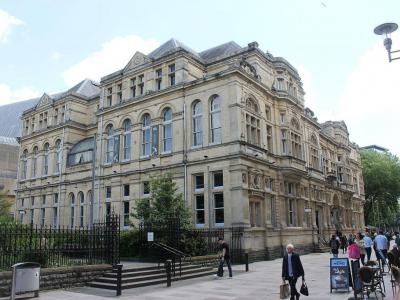 The entrance to the building featured a corridor lined with ornamental wall tiles, designed to depict the four seasons and night and morning. These tiles were impressed with coloured clay to give the impression of a mosaic. The Old Library still exists, and is used as a museum and tourist information centre, and is the head office of the British Boxing Board of Control, the governing body of professional boxing in the United Kingdom.
Image Courtesy of Wikimedia and Llywelyn2000.
Sight description based on Wikipedia.